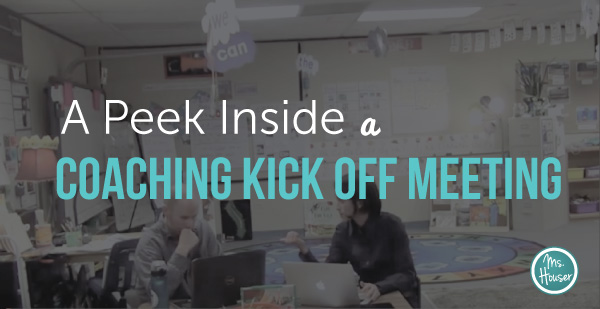 A few weeks back, I was asked to record a video of myself conducting a coaching Kick-Off Meeting.

First thought…eh. I was complimented by the ask, but I get a little squeamish about being recorded on video. Not just because I feel like my voice sounds weird and I’ll usually catch myself saying or doing something that I want to go back and erase, but also because showing your work to others can be scary.

There’s this feeling that you have to be perfect and if it’s not you’ll be judged. Whenever that fearful feeling comes up for me though, I’ll acknowledge it, but then kick it to the curb quick.

Stepping outside of your comfort zone and showing your work to others whether it’s modeling a lesson, interviewing for that coaching position, blogging about your work, or sharing a video of your coaching, is one of the best ways to grow and get better.

So I responded “Yes! I can help” and off I went to grab the video camera and tripod.

Thanks a million to my coachee Tyler for his willingness to take part in this video. He’s a super star teacher, always looking to learn, and an all around real cool guy.

So as an initial coaching meeting goes, this was the very first time I met with Tyler to kick off our coaching cycle. The primary purpose of this meeting is to identify a focus for your coaching work together, familiarize your coachee with the logistics of the cycle and give them the opportunity to ask questions. It’s also your chance to hash out any potential concerns, challenges or anxious feelings the teacher may have about going into coaching.

The kick-off meeting is a key piece in setting up a successful coaching cycle.

You’ll see this video is made up of two different meetings, as we had a few next steps to follow up on before we were able to narrow down a focus. I also did quite a bit of editing as I didn’t want to make you sit through a 45 minute video. Although that’s about the average time for an initial coaching meeting.

So here it goes:


And for the tools I used: 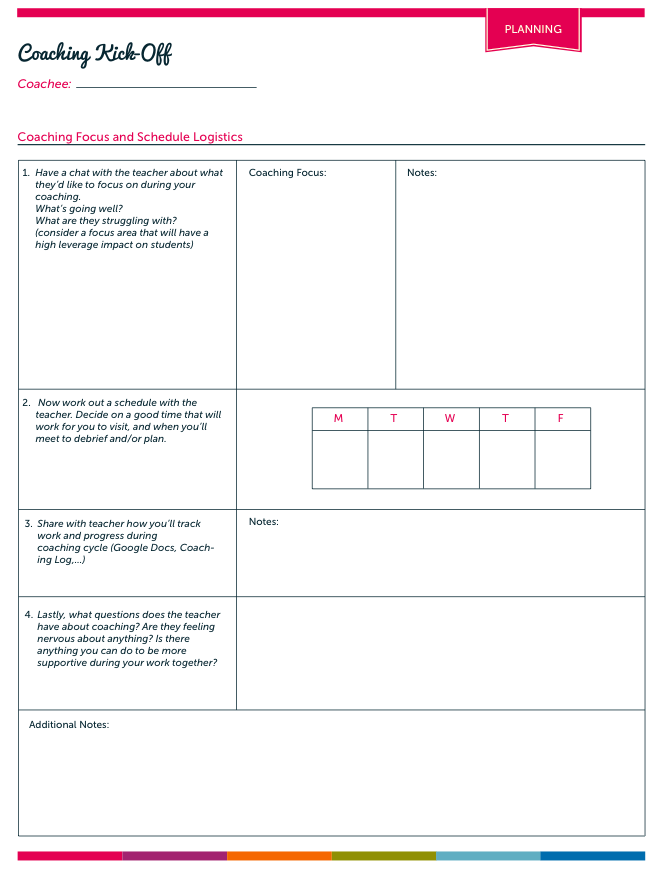 We got into defining our goal a bit, so this tool was partially used, but we completed it further at a later session. 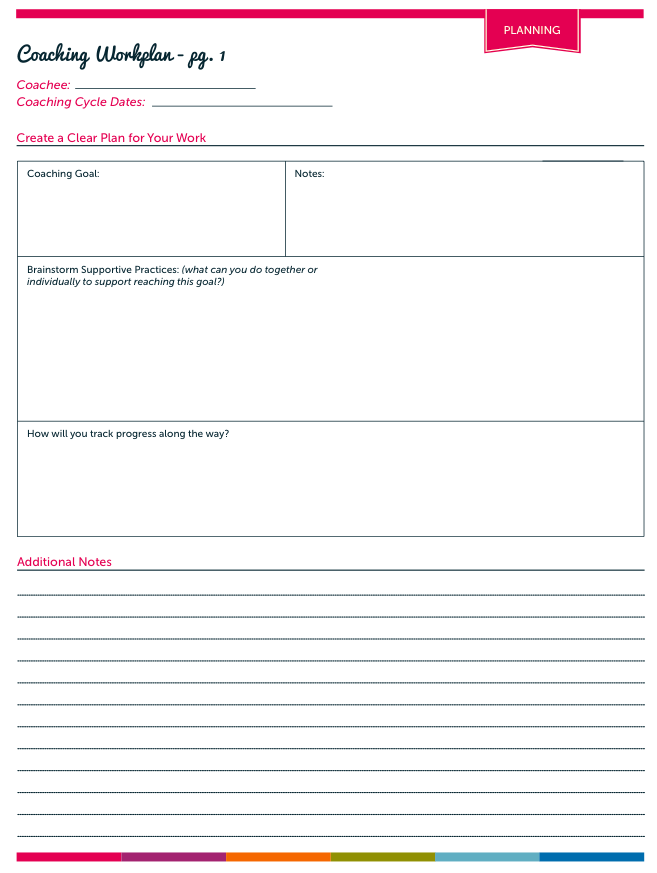 I also brought along a few resources I thought would be helpful for us in narrowing down a focus, such as a list of the Common Core Standards for Kindergarten and the 2nd Quarter report card.

Beyond that, the conversation could go in any direction, and you’ll just have to use your coaching prowess to support the teacher in landing on a meaningful and high leverage focus area and goal. There will be some on the spot thinking to do to get there, but don’t worry, you can totally do that.

If you have any questions or thoughts, definitely let me know in the comments below.

3 Responses to “A Peek Inside a Coaching Kick Off Meeting. And the Tools I Used to Do It” 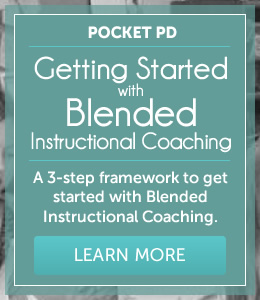 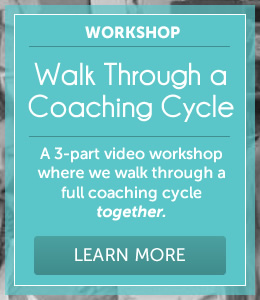